Some masked, heavily-built men on Thursday morning attacked Radio Ada, a community radio station at Ada Foah in the Greater Accra Region, and ransacked its on-air studio without provocation. 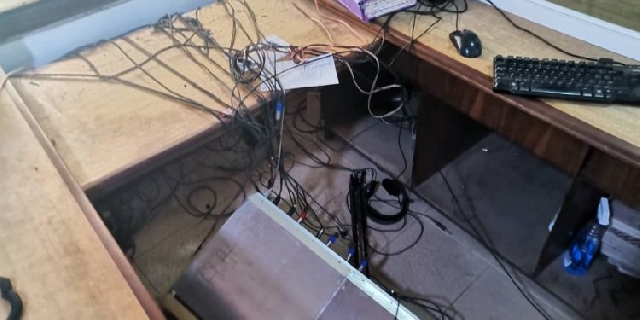 The raid followed persistent warnings to the station by some chiefs in the area, to stop their broadcasts on a project being spearheaded by businessman Daniel Mckorley (McDan) which involves the Songhor salt lagoon.

The thugs, numbering about 10, according to some staff of the station, stormed the premises of the not-for-profit FM station at about 11:30 am on January 13, 2022, and wrecked the whole place. 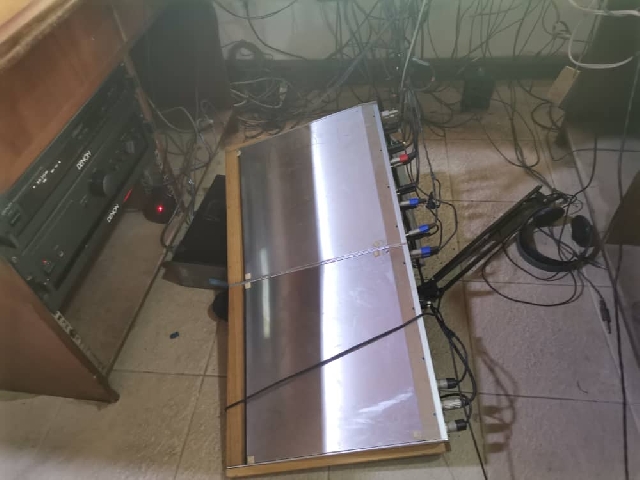 They manhandled one staff called Ajawutor Korle and forced their way into the live studio by breaking down the door.

They then ransacked the studio, dismantled the consul and fled before the police could get there to effect their arrest. 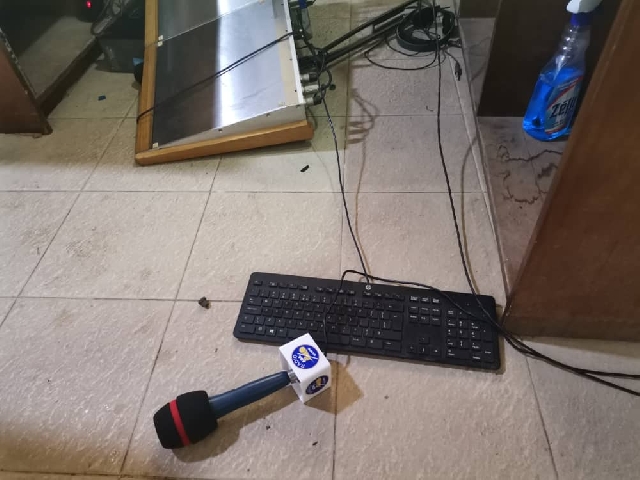 The severely beaten staff has been taken to the hospital for medical attention after an official report was lodged with the police by the radio station.

The Accountant of the station, Mr Raphael Ameho, in an interview said that the thugs kept asking of one Noah and persistently demanded to see the presenter but he told them Noah was not around. 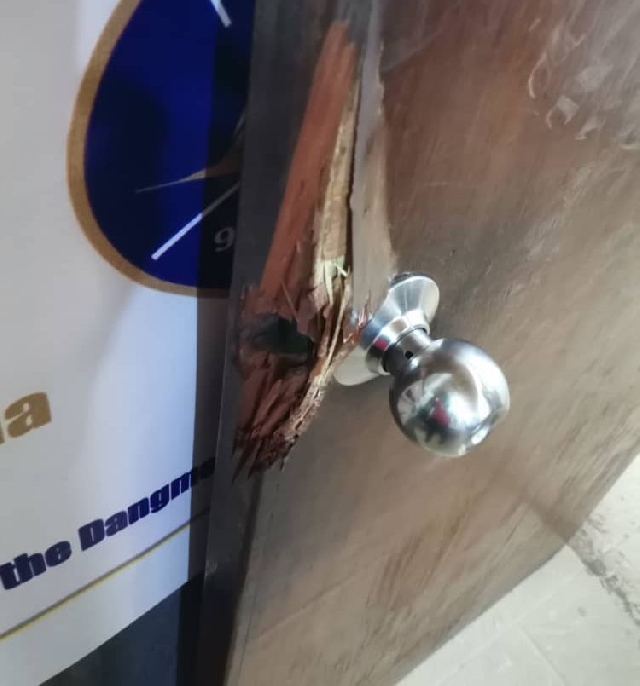 Mr Ameho said the thugs held him and another staff hostage together with two guests of the station during the invasion.

He said they demanded his phone as well.

“Some of them went on-air, dragged Korle Ajawutor out of the studio and scattered the consul and the computers and started beating Korle Ajawutor and they took pictures of all that was happening with their iPad but did not allow us to go out”, he recounted. 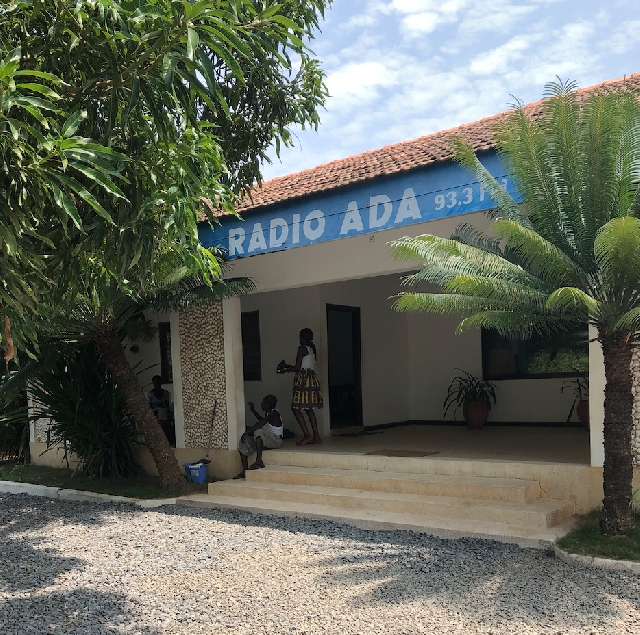 “They went into our recording studio and met another staff and asked him to kneel down and also asked some two guests to kneel. They were having a Guinness bottle and something like a pistol and they warned me to tell Noah never to report anything concerning Songhor otherwise the worse form of what happened today will happen the next time”.

This is the second onslaught on radio stations in the Greater Accra region in less than a week – albeit under different circumstances.

On Monday,  January 10, 2022, some 20 heavily-armed policemen stormed the premises of Labone-based Accra FM in Rambo-style in an attempt to arrest the station’s news anchor Nana Ama Agyarko for what they described as her obstruction of their work and abuse of a police officer.

Unsuccessful in their foray, the station’s Drivetime host, Doctor Kay, was arrested instead by the armed officers who alleged that he had also obstructed them from doing their work.

The brouhaha began when some three plain-clothed men, claiming to be police officers, in the company of five others, who also claimed to be staff of state broadcaster GBC, walked into Accra FM to demand the station’s permit that allowed them to broadcast the ongoing Afcon matches. According to the men, the station had no right to broadcast the games.

This resulted in exchanges between the men and some staff of the station.

News anchor Nana Ama Agyarko, who suspected the plain-clothed men may not be police officers as they claimed – because one of them, who had short dreads, wore an earring and a football jersey over ripped jeans and slippers – requested to see their ID cards.

The untidy gentleman showed an ID but covered the picture part of it as well as his name on the tag. This infuriated the news anchor, who called the plain-clothed man a “thief” and an “imposter” and asked them to leave the office.

The gentlemen called for reinforcement and some 20 heavily-armed policemen stormed the premises of the private radio station to arrest the newscaster, who was anchoring the evening news, for insulting a police officer.

Unable to gain access to the studio, the policemen arrested Docta Kay, who had earlier escorted them upstairs and attended to them when they initially came to the station.

Docta Kay was taken to the police headquarters where his statement was taken and later granted bail.

Declaration of Wednesday, August 4, 2021, as a Statutory Public Holiday

Declaration of Wednesday, August 4, 2021, as a Statutory Public Holiday