The chairman of ECOWAS, President Nana Addo Dankwa Akufo-Addo on Friday visited Guinea to meet the military leaders in that country, a day after the regional bloc imposed travel and financial sanctions on the junta and their families.

President Akufo-Addo arrived in Conakry, the capital of Guinea, in his capacity as Chairperson of the Authority of Heads of State of ECOWAS.

Together with the President of Côte d’Ivoire, Alassane Ouattara, they are to hold talks with the military leadership in Guinea, led by Colonel Mamadi Doumbouya. 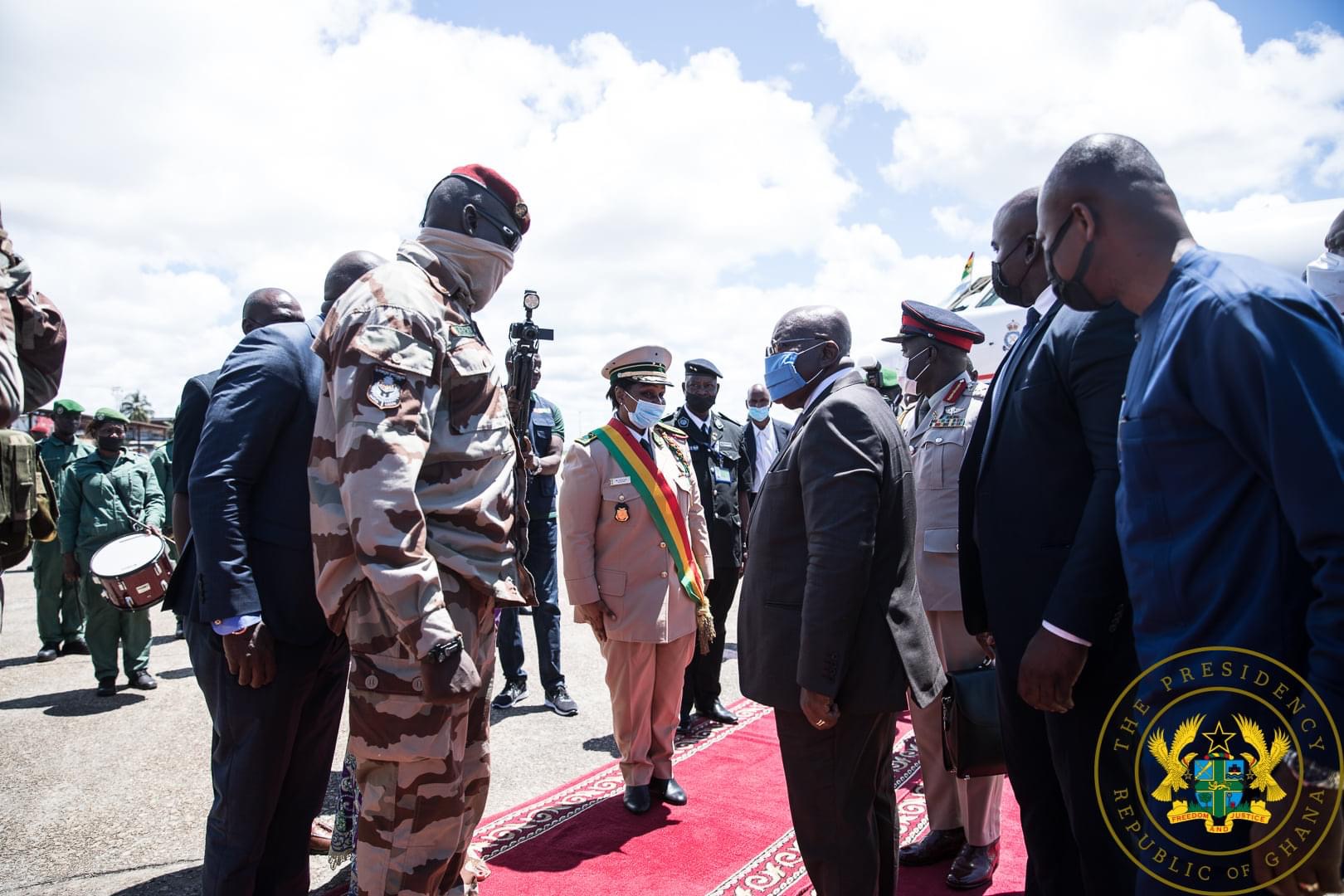 The discussions will centre largely on the fate of President Alpha Condé, amongst others.

The development is a follow up on the recommendations West African leaders made at the regional body’s Accra Extraordinary meeting to firm up a decision on the political situation in Guinea. 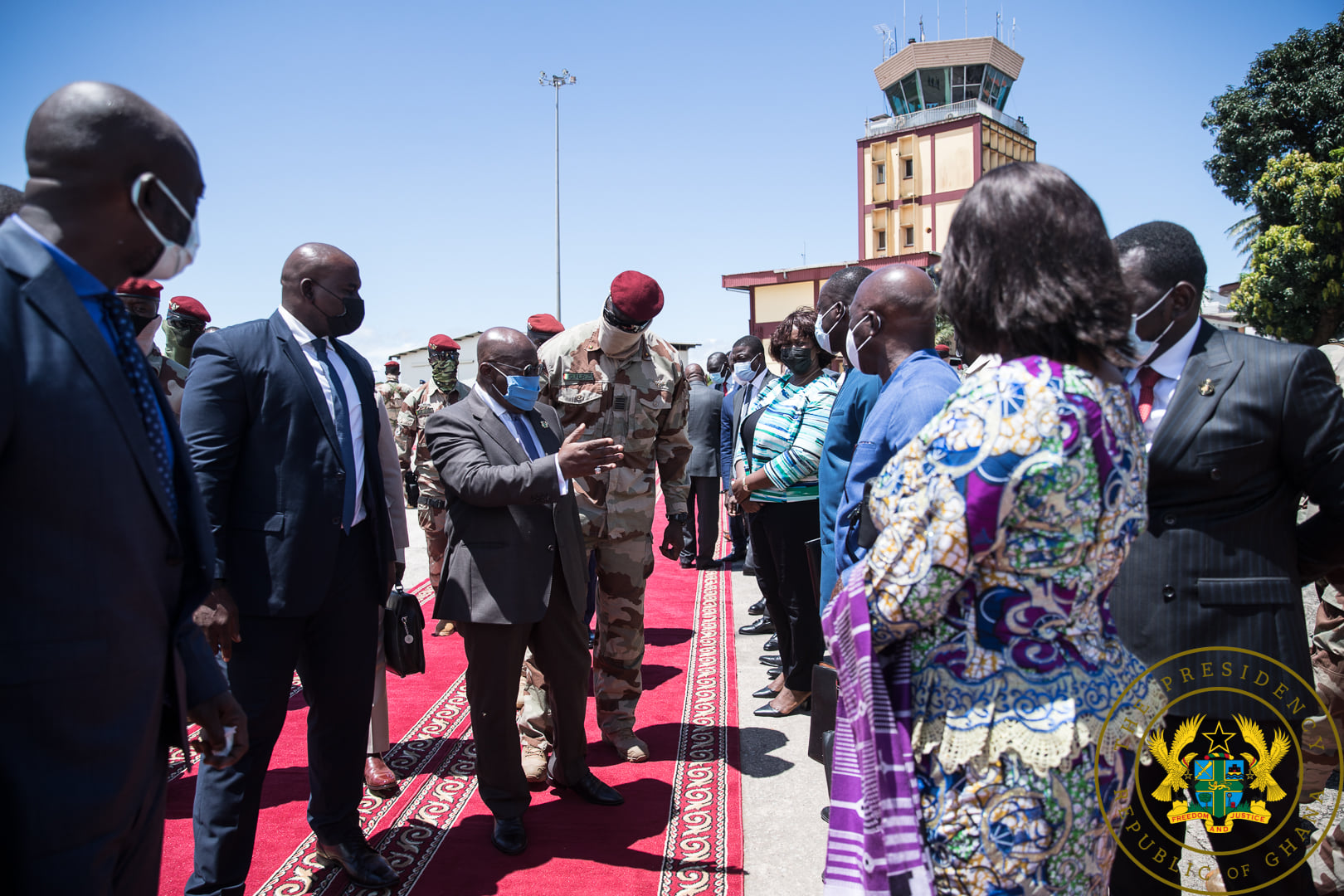 The ECOWAS leaders in a post-summit communique, ordered a swift return to constitutional order, asking the military rulers of that country to fix presidential and legislative elections within six months.

They also demanded the immediate and unconditional release of President Alpha Conde who has been detained since his ouster on September 5, 2021, by an elite army unit led by a former French legionnaire, Lt. Col Mamady Doumbouya. 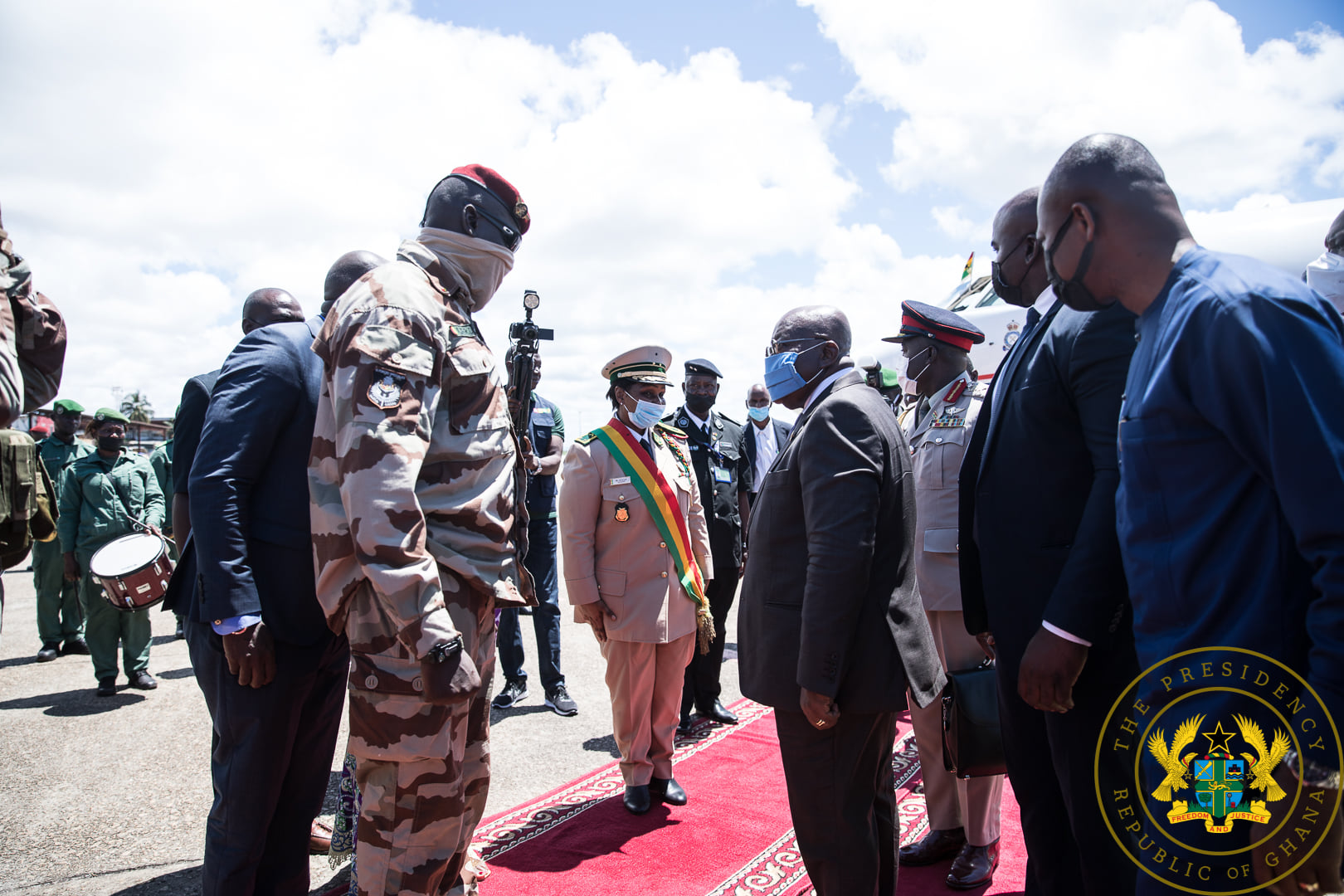 The regional body said the military rulers would be “individually and collectively responsible for the physical safety of President Conde” who is being held in detention at a military facility.

The bloc froze the financial assets and imposed travel bans on Guinea’s military leaders and their relatives.

It called on the African  Union,  the  European  Union,  the  United  Nations, and other multilateral and bilateral partners to support the implementation of the sanctions against the Junta and to endorse the decisions taken by the Authority, for the restoration of constitutional rule in Guinea.

The Accra meeting, which also discussed the situation in Mali, demanded that that country’s transitional authorities adhere strictly to the transition timetable for the effective conduct of elections within the non-negotiable deadline of February 2022. 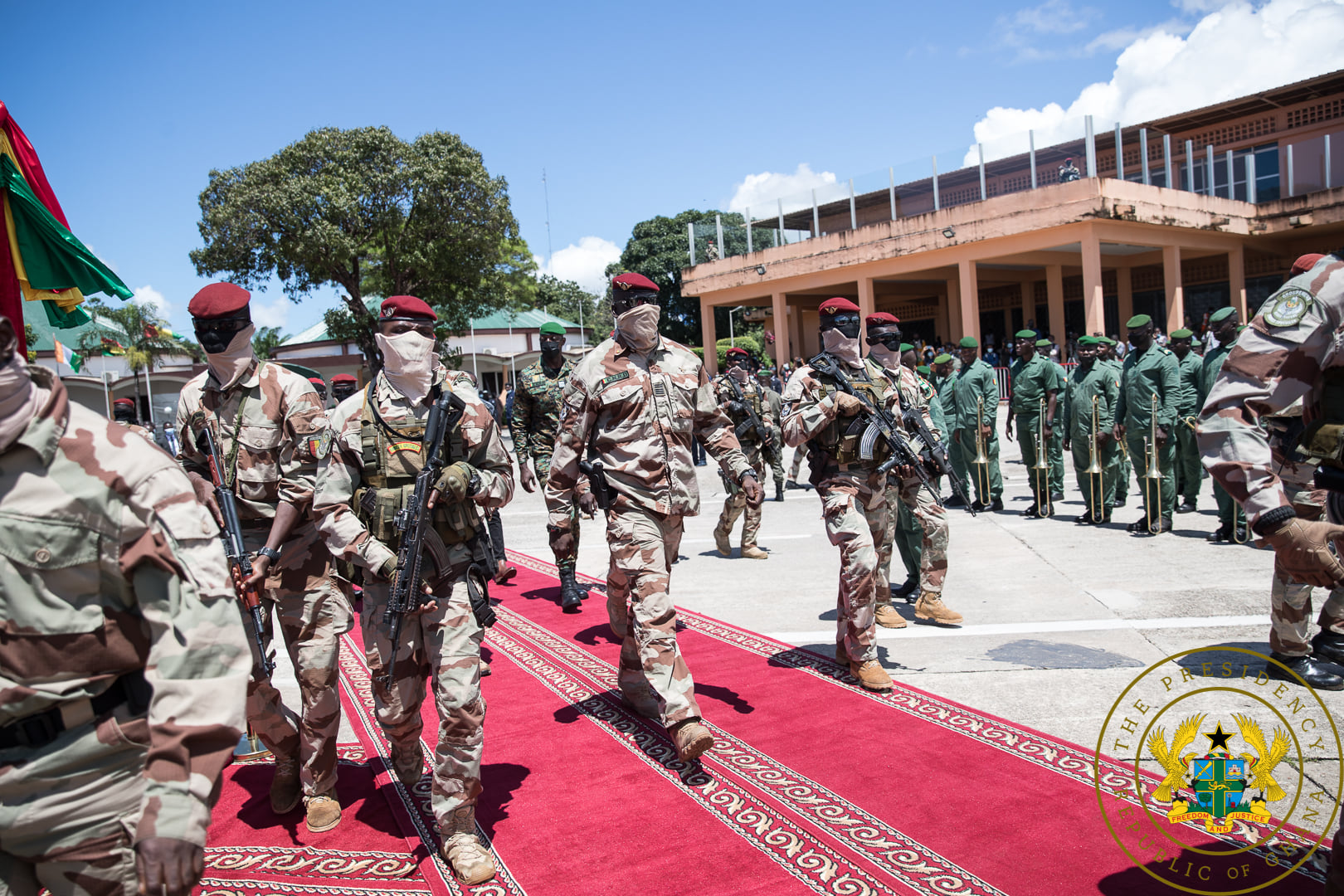 Anyone stalling the transitional process, the body warned, would face the same sanctions taken against Guinea’s military government.

The Authority requested President Akufo-Addo to visit  Guinea and Mali as soon as possible to convey in person the decision of the Authority. 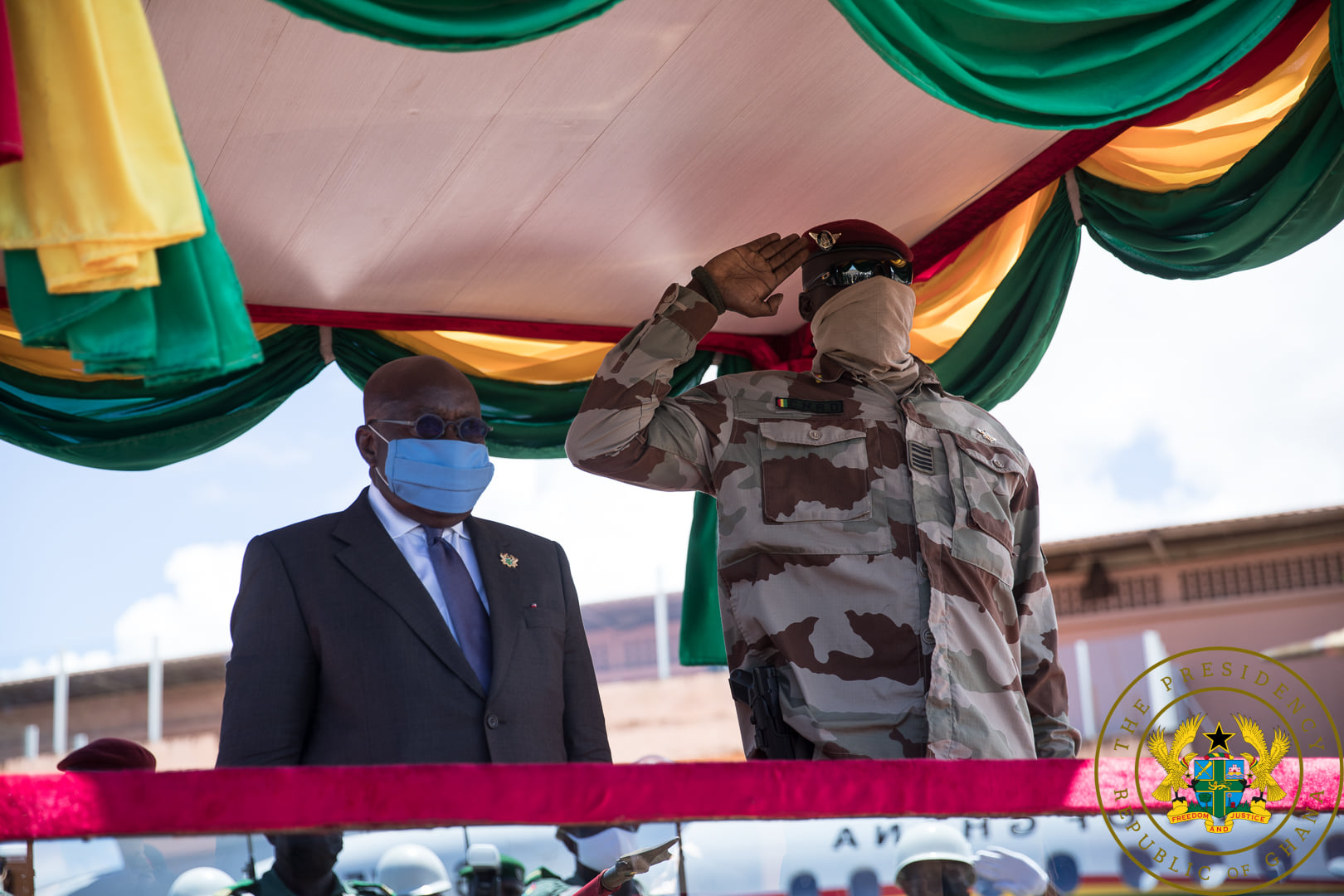 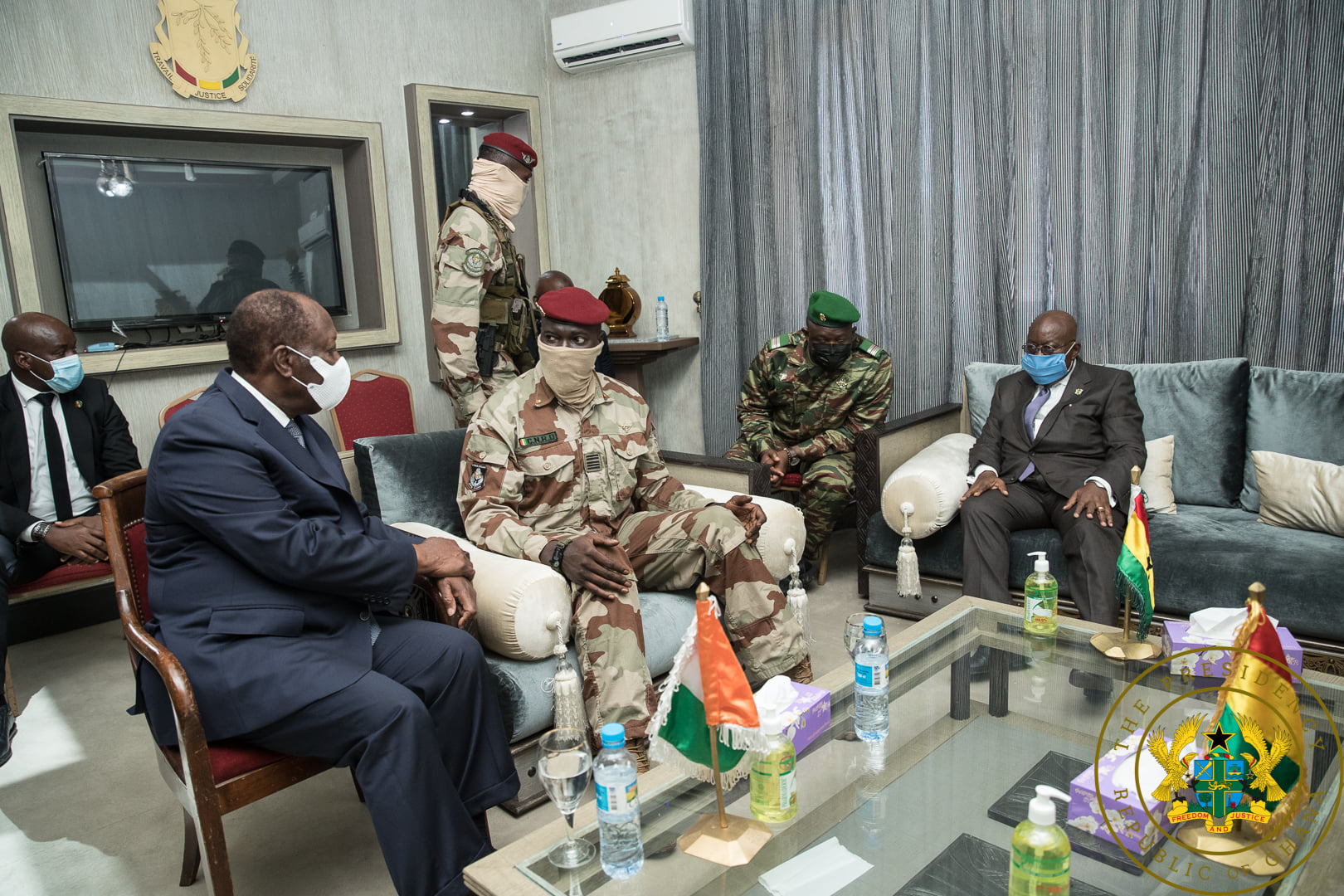 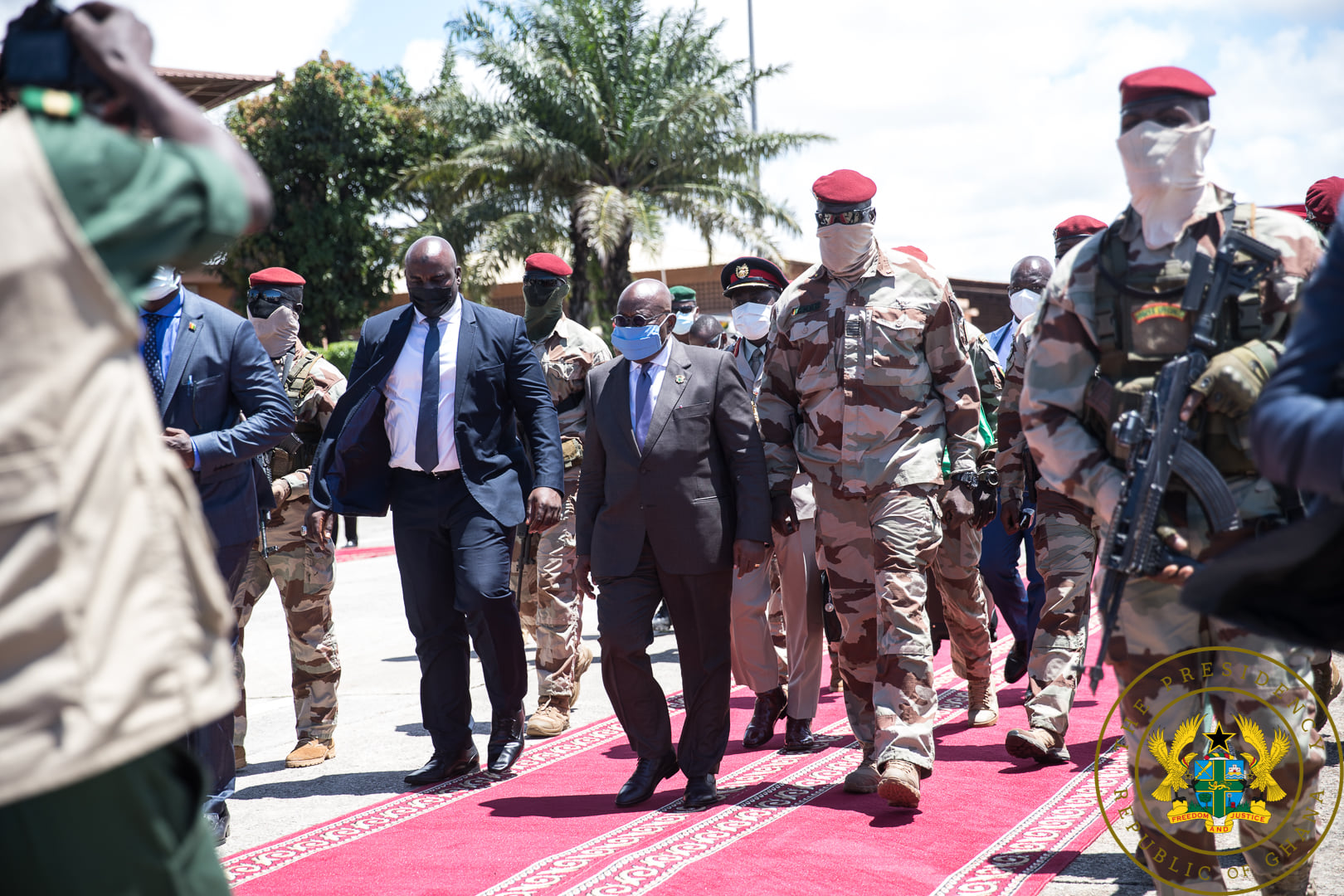 Who is Evelyn Joshua who is to succeed Nigeria’s televangelist TB Joshua?

Nairobi bans nose-blowing without a handkerchief

Guinea junta leader to be sworn in as president

Who is Evelyn Joshua who is to succeed Nigeria’s televangelist TB Joshua?

Nairobi bans nose-blowing without a handkerchief

Guinea junta leader to be sworn in as president

Maradona’s death could be a homicide – Investigators