The Commanding Officer of the 4th Infantry Battalion (4BN) responsible for military operations in the Ashanti Region, Lieutenant Colonel Kwesi Ware Peprah has stated that his men fired to only maim but not to kill protestors during the disturbances on June 29 in Ejura.

According to Lt. Colonel Kwesi Ware Peprah who was giving evidence before the Committee of Inquiry into the Ejura shooting incident, the Commander on the ground informed him that after firing warning shots to disperse the protestors, they were fired at and had to return fire.

“Then again, I called the patrol responsible for Mamponteng to go and assist. When they got to the police station, they were briefed by the Ejura Police Commander, and then they decided to move to where the protesters were approaching from.

“According to the Commander on the ground, they fired a couple of warning shots and in the process they were fired at from weapons suspected to be pump-action and locally-manufactured weapons and therefore they had to return fire to maim, unfortunately, we lost two of the protestors in the process”.

He said the military team continued with their patrols and withdrew to the police station. 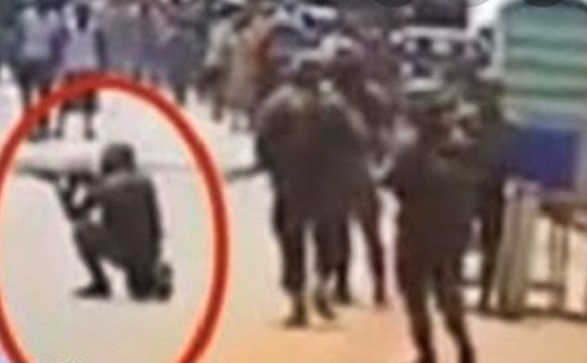 On Saturday, June 26, 2021, social media activist Macho Kaaka was attacked by some unknown assailants in front of his house around 1:30 a.m., leaving him in critical condition.

He was rushed to the Ejura Government Hospital, from where he was referred to the Komfo Anokye Teaching Hospital around midday on June 28, 2021.

After news broke about his death, the youth of Ejura decided to protest that Monday evening, but that was quelled by the police, with assistance from the military.

However, on their return from the cemetery after burying Kaaka on June 29, 2021, the youth decided to protest for justice for the death of Macho Kaaka.

In the process, they clashed with the security, leading to the death of Yussif and Mohammed.

On July 1, 2021, the Minister for the Interior, Mr. Ambrose Dery, constituted a three-member committee to investigate the shooting incident and make recommendations to the government.

Ministry of Information gets new buses

Ministry of Information gets new buses

We will work to protect our territorial integrity – President Akufo-Addo