The Accra regional police command, on October 27, 2021, at about 3:00 pm, arrested a third suspect in connection with a trade-in fake currency in the country.

The third suspect, Haruna Abudu, a Nigerian, is allegedly the supplier of the fake US dollar notes.

Investigations by the police showed that Abudu operated from his textile shop at Chantai 6 to 6, Achimota.

Subsequently, a search conducted in his residence led to the retrieval of a large quantity of US dollar notes, euros, pound sterling, CFA franc, naira, Ghana cedis, a quantity of gold dust, and eleven gold bars, all suspected to be fake. 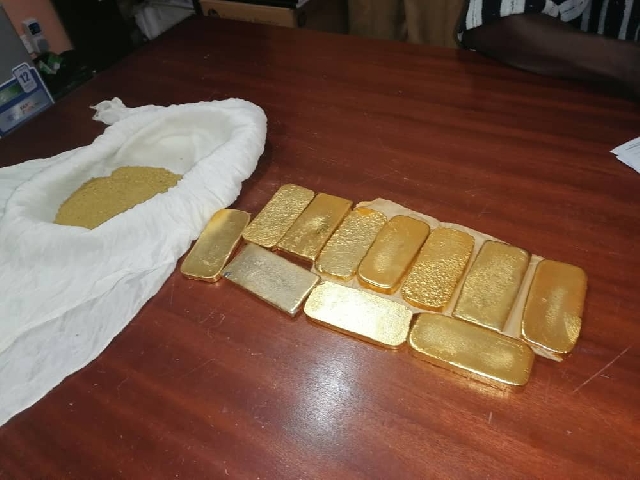 The suspects have all been remanded to police custody to reappear on 15 November 2021.

The police have extended an invitation to members of the general public, especially persons who have fallen victim to such crime, to come forth and help identify the suspects and volunteer useful information to unearth the remaining aspects of the suspects’ fraudulent operations.

The information, according to the police, can be channeled through the Weija divisional police command, the Accra regional police CID, and the Public Affairs Unit of the police service in Accra.

Allowances for Presidential Spouses was approved by Parliament – Oppong Nkrumah

Government extends deadline for Ejura committee probe by a week

Allowances for Presidential Spouses was approved by Parliament – Oppong Nkrumah

Government extends deadline for Ejura committee probe by a week

‘No vaccination, no stadium entry – GFA tells fans ahead of new season

No breaches in fertilizer procurement – MoFA