The Member of Parliament for Tema Central, Mr Yves Hanson-Nortey, has denied publications suggesting that he has defrauded Star Assurance of GHS22.5 million.

The lawmaker, in a statement, stated that the said publication is misleading and maliciously calculated to dent his hard-earned reputation as a member of parliament.

Explaining his side of the story, Mr Hanson-Nortey said the matter is rather an issue of fraud perpetrated against his company, Apex Petroleum.

The said fraud, he said, consequently resulted in the debt.

The criminal element in the matter, he further noted, has been under police investigation since 2020.

The civil aspect of the matter, the MP disclosed, is being pursued in the high court. 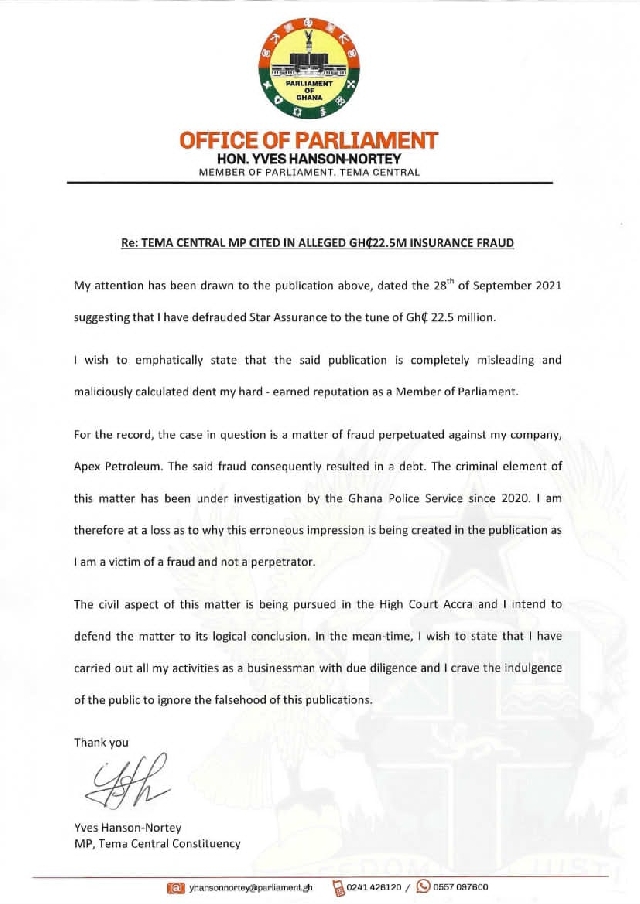