Some Kenyans have taken to social media, particularly Twitter, to vent their spleen on Larry Madowo, their fellow Kenyan journalist who works with Cable News Network (CNN) for his pro-LGBTQI+ stance during his recent contentious interview with Ghanaian legislator Sam George – one of the promoters of an anti-LGBTQI+ bill in Ghana.

The angry Kenyans have warned Mr Madowo against introducing himself as a Kenyan again.

“Not every mp is Baba Yao or Oscar Sudi…next time do ur background checks well. The Ghanian MP proved too smart for u. …..again, whenever ur discussing such funny and illegal issues, kindly don’t introduce yourself as a Kenyan. Just say ur name and go ahead,” a Kenyan social media user posted.

“That’s true bro. Larry is unbecoming n should disassociate with Kenya when talking of such uncultured culture,” another commented.

Mr Sam George, who is the MP for the Ningo-Prampram Constituency in the Greater Accra Region, became the toast of social media after he debated Mr Madowo during a live CNN interview while defending his bill.

Among other things, the Ghanaian lawmaker told Mr Madowo that he was ignorant of the bill and also asked defeatist questions. 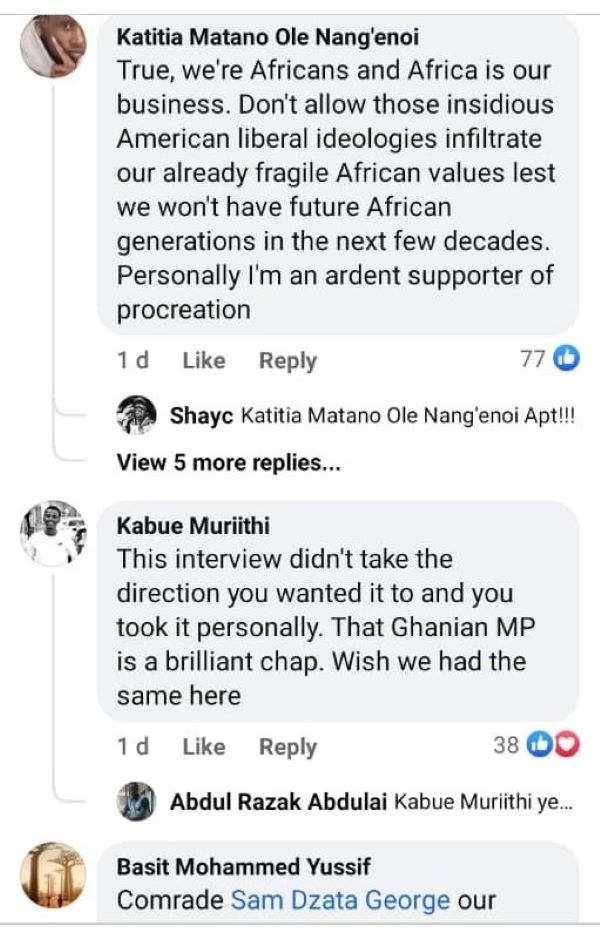 Nigeria seizes tonnes of hides on sale as food

We want to marry one man – Ghanaian Twins

Nigeria seizes tonnes of hides on sale as food

We want to marry one man – Ghanaian Twins

4 people get infected with HIV every day in Western Region