Mohammed Bashir Tijani, CEO of Peace and Justice, organizers of the awards, said the MCE won the award for his outstanding leadership qualities, trustworthiness, zeal to develop his municipality, and his quest to improve on the welfare of people.

In his acceptance speech, the MCE thanked the directors of the Peace and Justice Foundation for the recognition and also thanked the assembly members, chiefs, and staff of the Kwahu Municipal Assembly for their unwavering support.

He acknowledged that he could not have worked on many projects in the municipality without the support of the residents of Koforidua. 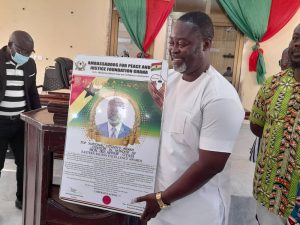 Talking about his achievements, he said his tenure witnessed a lot of developmental projects, and the provision of farming inputs such as high-quality seeds, fertilizers, insecticides, pesticides, etc to support the activities of farmers in the electoral areas within the municipality.

He said currently his outfit was undertaking massive projects, which he referred to as “Legacy Projects.” These included the construction of a three-storey multi-purpose administration block, funded by the District Assembly Common Fund (DACF), the construction of drainages to help curb flooding in the municipality, an ultra-modern Koforidua Central Market, a new court complex and bungalows for judges, and the redevelopment of the Koforidua Jackson Park. 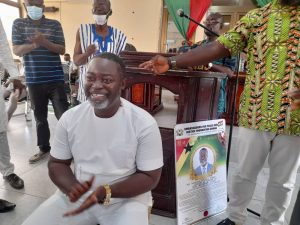 Meanwhile, residents have appealed to President Akufo-Addo to reappoint Isaac Appau-Gyasi as their MCE to complete all projects started under his watch.

Ghana gets 249,600 doses of AstraZeneca vaccine from UK government

Trial of suspects in Kaaka’s killing adjourned to August 12

Ghana gets 249,600 doses of AstraZeneca vaccine from UK government

Trial of suspects in Kaaka’s killing adjourned to August 12

ECOWAS to reduce 15-Member Commission to seven from March 2022

Get counted: Census is a civic responsibility – Government Statistician