The Leader and general overseer of Glorious Word Power Ministries International, Apostle Isaac Owusu Bempah, has called on the Vice President, Dr Mahamudu Bawumia, to commiserate with him following the passing of his mother, Hajia Mariama Bawumia contrary to claim that the man of God was at loggerheads with the Vice President hence his arrest.

Reverend Owusu Bempah led a delegation of his church, to visit the Vice President at his private residence in Accra on Sunday, September 19, 2021.

Hajia Mariama Bawumia passed away last Monday, and she has since been buried in Walewale in the North East Region.

The Vice President and his family continued the funeral process in Accra on Sunday with series of Islamic prayers.

The Vice President and his family also received sympathisers and loved ones, who called on him to commiserate with him.
Rev. Owusu Bempah, who paid a surprise visit to Dr Bawumia on Sunday afternoon, prayed for the eternal rest for Hajia Mariama.

When the man of God was arrested by the police, National Communications Officer of the opposition National Democratic Congress (NDC), Sammy Gyamfi, alleged the ruling New Patriotic Party (NPP) was behind.

According to him, Owusu Bempah has fallen out with the ruling party after he prophesied against Vice President, Dr Mahamudu Bawumia’s chances ahead of the 2024 general elections.

“Owusu-Bempah has prophesied that Bawumia will never be president that is why they are showing him his smoothness level,” loudmouth Sammy Gyamfi alleged on Asempa FM’s Ekosii Sen programme Wednesday.

This is because the Akufo-Addo government has earned the praise of many including members of the NDC for allowing the rule of law to work following the arrest of his bosom friend, Rev. Owusu-Bempah.

Many, including pastors, pleaded with the government and the police to temper justice with mercy and release him.

But Sammy Gyamfi said the action of the police is just a smokescreen to punish Rev Owusu-Bempah for speaking the truth.

What broke the camel’s back, he stated, was when the controversial prophet decided to defend John Mahama’s ‘do or die’ comment.

“As for the NPP, when it suits them, they will worship you, but when you fall out with them, they will sacrifice you and betray you,” the NDC National Communications Officer stated.

However, Rev. Owusu-Bempah in another video during a church service on Sunday, May 9, 2021, discounted a prophecy he gave way back in 2015 and explained that there is no hindrance to Dr Mahamudu Bawumia becoming President of Ghana.

He explained that although God revealed to him that there was a hindrance to the then running mate succeeding then candidate Akufo-Addo, He (God) also showed him what to do to avert it.

“There is a 2015 prophetic video of me going viral which was about our Vice President Bawumia. It was in 2015 that God through me gave that prophecy.

“One thing is, that prophetic word was in 2015, the NPP came to power in 2016. We are in 2021, how many years? Six years. Why is it this time that some people are using that part of the message and spreading it?” he queried in a new video.

According to Rev. Owusu-Bempah, though God revealed that to him then, the same God also showed him what to do to prevent what loomed ahead of Dr Bawumia.

“Then God said to me He was going to reveal to me what would hinder the prophecy from coming to pass. And I prayed about it and God showed me what I should do to avert it. We did it,” he stated.

He also said that God told him that Akufo-Addo’s Presidency was intact and it was left with that of his running mate.

The man of God ended his sermon by saying that God reveals to redeem and He did just that as He (God) showed him what to do for Dr Bawumia and it was done.

Reverend Owusu Bempah, was recently granted bail by an Accra High over offensive conduct and threat of death.

Four other persons believed to be members of his church were also admitted to bail in the sum of GH¢200,000 with two sureties to be justified.

The court presided over by Justice Comfort K. Tasiame ordered the accused persons to report to the Police every Friday till the final determination of the case.

Owusu Bempah and four others allegedly stormed the house of Patricia Oduro Koranteng, aka, Agradaa, amidst alleged threats.

The accused persons were on Monday, September 13, this year remanded into Police custody by an Accra Circuit Court presided over by Afia Owusuaa Appiah.

Facts as narrated by the Prosecution led by Chief Inspector Simeon Terkpetey, are that the complainant was Evangelist Patricia Oduro Koranteng, aka, Agradaa.

It said on September 9, this year, at about 5:30 pm, the New Weija Police District Command received a distress call from Godfred Antwi of House number 36, Atta Mills Road, Aplaku, a suburb of Weija that at about 3:30 pm same day, Owusu Bempah in the company of about 45 well-built men besieged the Thunder Plaza at Weija belonging to the complainant to attack her.

They proceeded to the complainant’s second house at New Aplaku and threatened her with words to wit: “We will kill you.”

It said the Police visited the scene and saw the men holding cutlasses and other offensive weapons shouting amidst insults at the house.

According to Prosecution, eight vehicles and motorbikes were also parked on the street in front of the complainant’s house.

It said Owusu Bempah was also seen seated in a black Toyota Land Cruiser instructing and urging the men to move into the house of the complainant and bring her out. 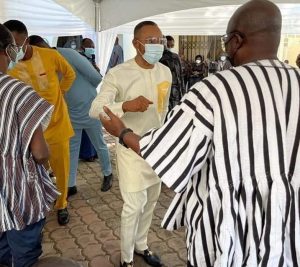 The Prosecution said the situation was brought under control and the complainant and Owusu Bempah were invited to the Police Station.

It said Owusu Bempah ignored the Police and drove off with his men (group).

The Prosecution said the Weija Police Divisional Command officially wrote to Owusu Bempah to report to assist in investigations but he refused to accept the letter.

It said on September 12, this year, the Police identified some of the young men, including Mensah Ofori, an Associate Pastor of Owusu Bempa’s church as two of the people in a viral video threatening the complainant and brandishing a pistol.

The Police officers on board Toyota Corolla with registration number NR 9602-20 visited the church of Owusu Bempah to arrest Mensah Ofori. 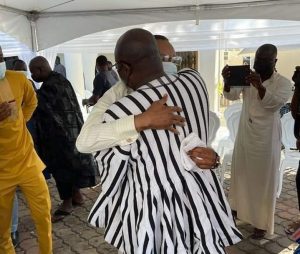 The Prosecution said another team of Policemen in plain clothes went to arrest Mensah Ofori, Berchie, Boateng, and Ohene at the Dansoman Police Station.

It said Owusu Bempah, after spotting the Police, ordered his church members to “beat and kill” them.

The Prosecution said the church members beat up the Policemen amidst the firing of gunshots, disarmed the Police with two service rifles, and vandalised the vehicle the Police were using.

It said Owusu Bempah, also ordered his church members to march to the Dansoman Police Station to free Mensah Ofori, Boateng, and Ohene.

It said in the process, two Policemen got injured.

‘I was nowhere near botched Agyapa deal’ – Kissi Agyebeng

I was tortured by security officials while under detention – Barker-Vormawor

MiDA hands over US$14.5 million substation to ECG

‘I was nowhere near botched Agyapa deal’ – Kissi Agyebeng

I was tortured by security officials while under detention – Barker-Vormawor

MiDA hands over US$14.5 million substation to ECG

Suhum: Policeman who fired into crowd during sub-chief’s installation arrested

WHO confirms first-ever outbreak of Marburg virus in Ghana