The Vice President, Dr. Mahamudu Bawumia, has called on Governors of African Central banks to facilitate the plugging-in of their switches into the Pan-African Payment and Settlement System (PAPSS) to speed up its roll-out across the continent to complement ongoing efforts to increase intra-African trade.

Plugging into the PAPSS system would not only bring along all the banks under the control of the Central banks in one fell swoop but would also be cheaper and less cumbersome than having individual banks negotiating access to PAPSS, Dr. Bawumia emphasized.

The Vice President made the call when he joined other political, financial, and Fintech leaders from across the African continent in Accra for the commercial launch of the Pan-African Payment and Settlement System (PAPSS) on Thursday, January 13, 2022.

The Pan-African Payment and Settlement System is a cross-border, financial-market infrastructure instantly connecting payment transactions across Africa, eliminating the need to route such payments through third-party banks usually located outside the continent.

Among others, it is designed to enable instant and secure payments between African banks, payment service providers, and other financial market infrastructure; enable instant and near-instant payments made by both originators and beneficiaries in their local currencies anywhere in Africa; simplify the historical complexities and costs of making payments across Africa’s 54 different countries, 42 currencies and 4 exchange systems.

Its rollout is expected to save banks on the continent some $5 billion in transaction fees.

“Today’s commercial launch of the PAPSS is the result of many months of hard work, dedication, resolve, and an unwavering commitment to meet the set objective. I am pleased to note that the PAPSS has demonstrated credibility through its successful pilot and proof of concept in the West African Monetary Zone (WAMZ), which provided the appropriate context – multi-lingual, multi-currency, multi-regulator, etc as anticipated in the larger African context.

“The next step, and to be the next logical, critical step, is for African Central banks to ensure the plug-in of their national switches into PAPSS, to speed up its adoption and use across the continent. PAPSS’s continent-wide roll-out would be faster and more cost-effective if Central banks are plugged into the system, bringing along all the banks under their oversight, and ensuring uniformity in the use of this innovative system,” he emphasized.

Another key innovation requiring urgent attention is the use of mobile technology to leapfrog in regional payments, Dr. Bawumia pointed out.

“It is my understanding that through the Association of African Central Banks (AACB) Payment Systems Task Force and its working groups, work has commenced on the collection of base facts on legal and regulatory frameworks of African payment systems. You need to quicken the pace on this effort and also ensure that all central banks are carried along during this critical phase of the implementation of a regional integrated payment platform,” he told officials of the Afreximbank and the African Continental Free Trade Area (AfCFTA), lead promoters of PAPSS.

Vice President Bawumia expressed delight that after years of dedication and hard work, the vision of a tailor-made solution to an African problem had been found.

“In my humble opinion, PAPSS is an African solution to an African problem and it is the most practical and most important achievement in payment systems integration on the African continent since independence from colonial rule.

“We as Africans should be very proud of this historic feat which demonstrates how the application of digital technology can solve many problems we are facing individually and collectively.” 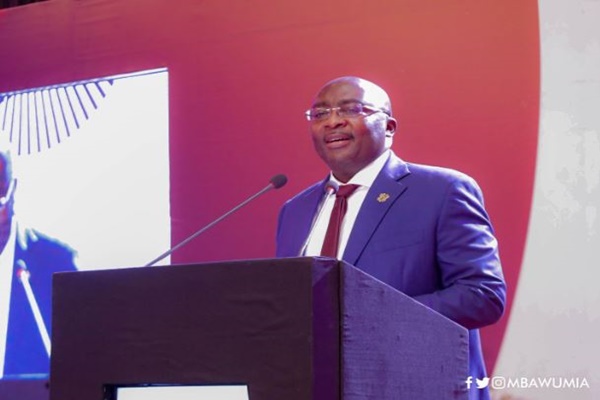 Bimbilla: Police apologises for shooting incident that left one injured

Policewoman found dead in a hotel at Nkawkaw

We have no transaction with MCE nominee – Juaben Assembly members

Bimbilla: Police apologises for shooting incident that left one injured

Policewoman found dead in a hotel at Nkawkaw

We have no transaction with MCE nominee – Juaben Assembly members