Two people on board a trailer truck with registration number GS 3860-Z are reportedly dead after the truck veered off and plunged into the Asukawkaw mountain in the Krachi East Municipality of the Oti Region.

The deceased—the driver and mate of the vehicle—are believed to be heading to Dambai from Accra. 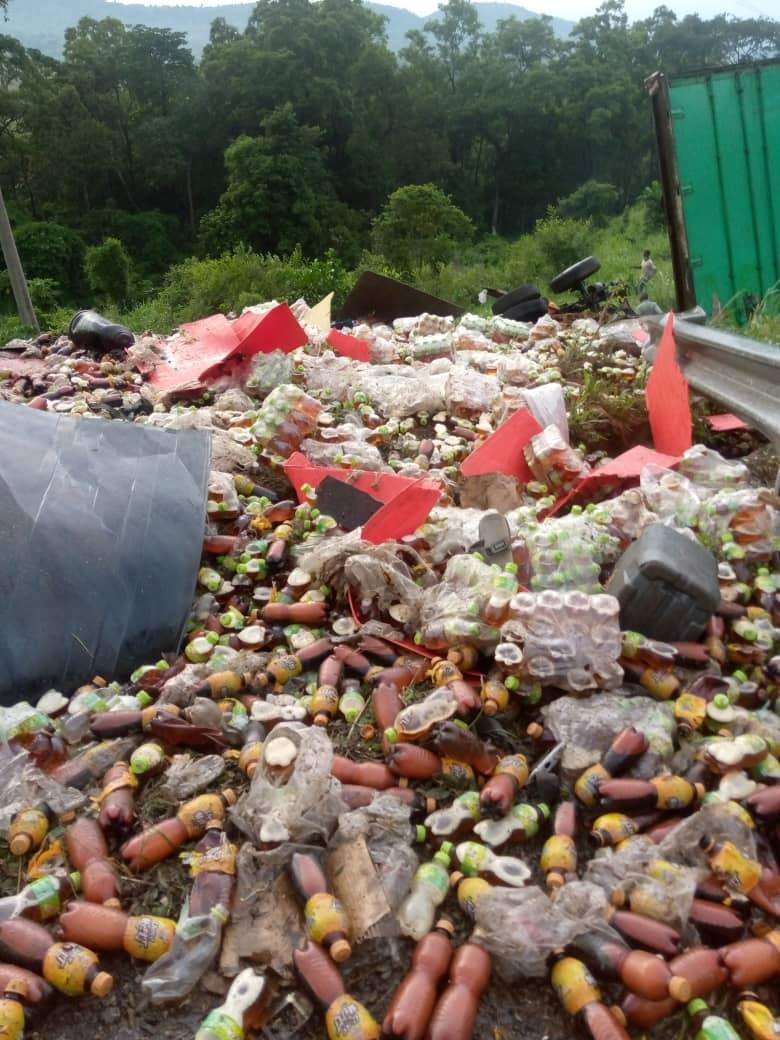 Inspector Lawrence Addo of the Oti Regional Motor Transport and Traffic Division (MTTD) who confirmed the incident to the Ghana News Agency (GNA) said that the truck veered off the road and plunged into a ravine killing both the driver and his mate.

He said the Police received a call about 1600 hours on Tuesday about the incident and rushed to the scene.

Inspector Addo said the deceased got stuck in the vehicle, and it took several hours of attempts and help from community members from Apesokubi and Asukawkaw to remove them.

The Inspector said the truck was loaded with assorted soft drinks believed to be energy drinks being transported to Dambai, which got damaged as a result of the accident.

He said the bodies were taken to the Worawora government hospital for autopsy.

Inspector Addo advised drivers to use low gears when descending hills to prevent such incidents.

Bawku: Operation to evict traders from road side turns chaotic

Bawku: Operation to evict traders from road side turns chaotic