An Accounts Officer with the Pediatric Department of the Korle Bu Teaching Hospital has been caught on video negotiating and taking bribes from patients in order to slash their bills after treatment.

A video secretly recorded by a parent of a toddler who was admitted at the hospital shows the accounts office demanding bribes to ensure that the desperate father pays less than the amount charged by the hospital even though his NHIA form A was missing.

Other patients told Starrfm.com.gh that Nii’s strategy is to take advantage of patients who are told by nurses that their health insurance forms are missing.

The NHIA Form A enables patients with insurance to pay heavily discounted bills after treatment at public hospitals.

“The nurses told me they could not find my NHIA Form A which means I would have to pay more than I would have paid if my form was available even though they misplaced the form. So I begged that they look for the form for me since I could not afford what they were charging me. They told me to go to the accounts department and speak to them since they could reprint the form from their system,” the father of a week-old child, Ebenezer, who had been admitted at the facility for three days told Starrfm.com.gh Wednesday. 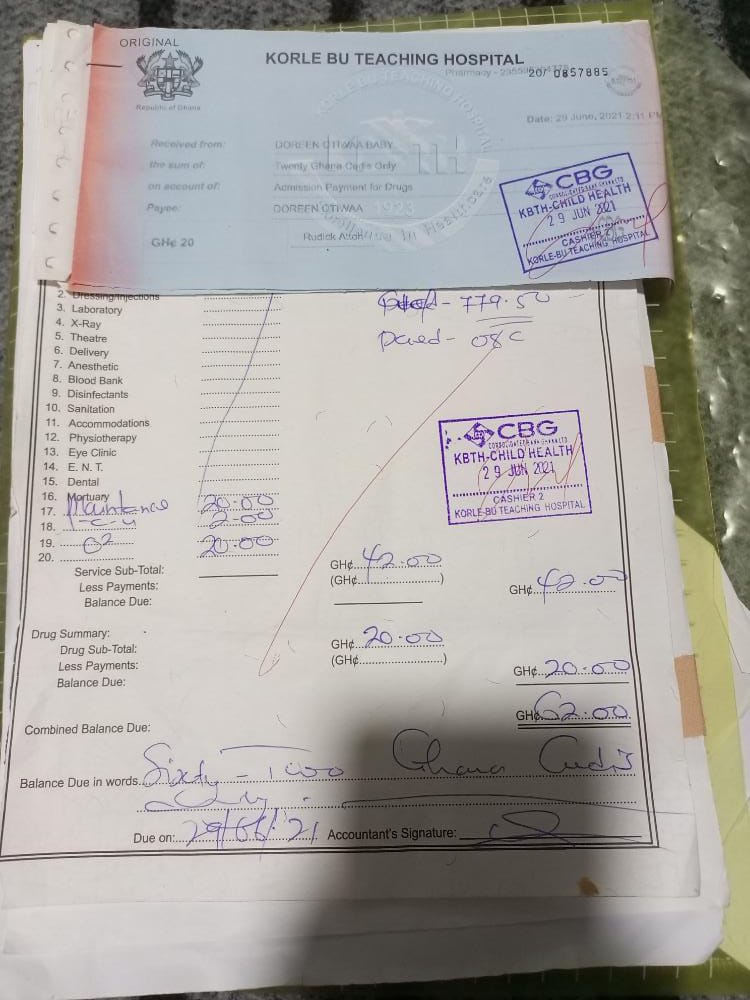 He recounted“ At the accounts department? (Room 8), I met Nii and told him they are charging me GHC840 instead of GHC60 because of the missing form. He told me as an accountant he could help me but I would have to pay him GHC500 so that he cleans the excess charges from the bill. I told him I could not afford his charge so he reduced it and asked me to pay GHC200 instead. I agreed and paid him and true to his words he cleaned the rest and I ended up paying ghc60 at room 1. He just told me to tell them I have been sorted out”.

The Management of the Korle Bu Teaching hospital has been informed of the incident which was recorded on June 29, 2021.

Public Relations Manager of the hospital Mustapha Salifu told Starrfm.com.gh Tuesday that investigations have commenced into the matter and appropriate sanctions will be applied.

Suspect in Buipe car snatching crime not a soldier – GAF

Suspect in Buipe car snatching crime not a soldier – GAF

I called for police reinforcement, not military – Ejura Police Commander

COVID-19: Ghana receives one million doses of Johnson & Johnson vaccine from US