A 65-year-old woman has been found dead at Funsi in the Wa East District after last Friday’s heavy downpour in the Upper West Region after a building collapsed on her.

The deceased, identified as Bachong Bawuobilia, was reportedly asleep when the building collapsed on her.

According to the Regional Manager of the Ghana Red Cross, Jeremiah Afako, the daughter-in-law of the woman whom she shared a room, had earlier woken up to attend to her morning chores when the incident occurred. 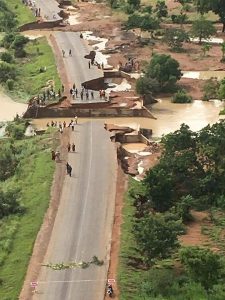 She quickly raised an alarm immediately the room collapsed on her which attracted people to the scene and the woman was then rushed to the Saint John’s Health Centre at Fonsi, but medical authorities pronounced her dead on arrival.

The Red Cross Manager explained further that the deceased had since been buried in line with Islamic rites.

Over 800 homes and farms were destroyed by the flood with 336 persons who had been rendered homeless.

A total of 1,605 smallholder farmers in Nadowli-Kaleo, Jirapa and Lawra also lost their farmlands beside the 155 houses destroyed.

Major roads connecting communities became unmotorable after the roads were destroyed and this has also affected transportation, leading to hikes in fares and food prices.

Tamale: Suspect on the run after Police-Prisoner exchange

Cocoa farmers threaten to protest over concerns with pension scheme

Tamale: Suspect on the run after Police-Prisoner exchange

Cocoa farmers threaten to protest over concerns with pension scheme